THE Glen Innes Masonic Lodge opened up its doors to the public recently, lifting the veil on myths and mysteries that have been perpetuated for years. CRAIG THOMSON Reports….

Walking into the grand old building that is the Glen Innes Masonic Lodge one is struck with not only how well it has been constructed but by how majestic the structure is.

I am given a guided tour of the lodge by Masonic Lodge Director of Ceremonies Ross Haron and he proves to be a very knowledgeable host.

“Up until a few years ago members of the public did not get access to the lodge or get to see how things worked,” he said.

“However, there is now a conscious effort being made to promote Masonry and demystify it and to make it available to the public and to tell people what we do, because we are proud of what we do and how we contribute to the local community.

“In the past some of the secrecy behind Masonry has been counterproductive and there were various reasons for that secrecy, but over the last 10 to 15 years we have tried to be more open and proactive in terms of promoting the good work that Mason’s do.”

The Freemasons contribute to the Glen Innes community by doing charity work and helping individuals and organisations where they can.

“We particularly like to support local young people and the disadvantaged, it is a very large fraternal charitable organisation and its origins go back to ancient times.”

Mr Haron said the origins of Masonry go back to biblical times to the building of King Solomon’s temple.

“Back in those times Stonemason’s were skilled craftsmen who built the great buildings of Europe, and a lot of our present teachings and some of the secrets that everyone asks about such as handshakes and secret words to identify Masons, go back to those times when operative Mason’s had to prove to others their bona fides,” he said.

Mr Haron said that evenings like their open night are all about letting the public see that nothing scary goes on within the building and that they are not a religious organisation.

“We are not a religious organisation, we have no theology, although Mason’s must believe in God,” he said.

“But, that God can be any God, we have Christians, Jews, Muslims, and others religions well represented in Masonic lodges; we do not discuss religion at our meetings.

“Mason’s don’t rank one religion above any other.”

Mr Haron is also keen to dispel any myths that popular novelists like Dan Brown try to preserve such as drinking wine from a skull to become a ranking Freemason.

“Traditionally Masons don’t recruit members, we simply accept those who approach us of their own free will,” he said.

“Masonry has a lot going for it; it allows people to grow to develop skills in public speaking and gives them an avenue to contribute to the community via charitable works.

“The stuff that people read in Dan Brown novels is fiction, but we know that people are naturally curious about what we do, and by opening up our doors, letting people know that our secret handshakes and words and such are not sinister, we can break down barriers and by gaining new members we can continue the good work that we do long into the future.”

All Welcome to the Glen Innes Masonic Lodge “Open Night” on

Check out what’s going on this month by clicking onto our website “Calendar” for all notices and events!

We keep our Calendar page as up to date as possible.

The Ladies will meet for afternoon tea and activities at the Lodge Hall.

Following the Installation meeting, a dinner Banquet will commence from 7.30pm.

Picnic in the Park Ladies Lunch

“Picnic in the Park” Ladies Lunch

The Glen Innes Masonic Ladies Group will be seeing the year in with a Picnic at the Standing Stones in Glen Innes from 12.30pm. Please bring a plate to share, pinic blanket or chairs. This event is no charge. Coffee and Tea can be purchased from Crofters Cottage. RSVP: Christl 0414 232 539

The Men will be selling soft drinks and water at the Deepwater Races as a fundraiser.

All invited to assist!

A new initiative has been a ‘Combined Lodges Lunch’ which was held at the Red Lion Glencoe (it actually snowed that day!) as well as a Billy Tea and Damper afternoon.

This entry was posted in Events and tagged Featured. 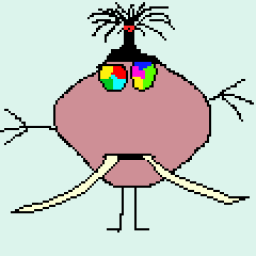 Freemason's Tercentenary Ball will be held on June 24th 2017 at the Glen Innes and District Services Club commencing at 6.00pm. $40.00 p.p. includes Buffet or Smorgasbord Supper Tickets available from the Services Club ONLY from 9th May 2017 P: 02 6732 1355 Formal Dress